The first talk of the horticultural year was The Olive by Doy Caradoc.

Doy is an authority on the history of plants introduced in Victorian times, especially in relation to Veitch Nurseries of Exeter and Chelsea – some of you may remember the short article about John Veitch in the 2015 Summer Show schedule. He brought a unique olive variety into cultivation (Olea europaea “Peace”). Doy lives in Topsham. 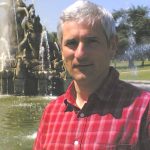 History
The olive has a long history and was so important in Roman times that there was a separate market devoted to the olive and its products. Leonardo invented a new olive press, the Pharaohs were accompanied to the afterlife by olives, and olive leaves were used to crown victors. Recent research has shown that the olive was present in Egypt 8,000 years ago. 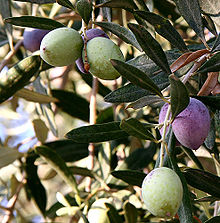 The olive was taken from Europe to the Americas by the Spanish and was soon grown in both south and north America. It is now grown extensively around the world and the greatest modern threat to the plant is from new diseases. The increase in use of olive oil in the UK has been astounding – many of the audience could remember the days when olive oil was only available from the chemist and used, gently warmed, to ease earache.

The Modern Day
Olives directly picked from the tree are inedible and require curing. Italians prefer to harvest their olives in early October, which results in a green and slightly spicy oil, whereas most other countries prefer a softer flavour and a yellow oil and harvest in November.

Adulteration of oil occurs with other oils such as corn, peanut, sunflower and even castor being added to olive oil. In 1981 402 people died and 20,000 people became ill after eating adulterated oil.

Doy pointed out the importance of pruning olives in Britain at the correct time of year – in the summer. It is both thirsty and hungery and above all needs free drainage so that its roots do not sit in ice in the winter.